Well this week is British Pie Week, 6th to 12th March, and if you are a diabetic, or someone who is watching their carb intake, it may not be good news!!!

I believe the USA and Canada have a National Pie Day in January. Meanwhile in Australia and New Zealand they have annual meat pie contests ...

After you've read the facts below ... and think ... I'd love to eat/make a pie, I've given some links to some low carb recipes.

"It's British pie week, check out these fun pie facts

7 facts you need to know about pies!
1. The oldest pie filling and indeed recipe is Goats cheese and honey. This dates to the second century B.C, later the Egyptians used a filling of honey or figs.
2. In the 12th Century the most common filling for pie was fowl, with the legs hanging out to use as handles to eat the pie.
3. Meat pies appeared as early as the 12th Century in the UK. The crust of the pie was referred to as a coffin, which were given to servants or beggars.
4. Fruit pies or tarts were first made in the 1500s. English tradition credits with the first cherry pie to Queen Elizabeth I.
5. In 1644 Oliver Cromwell banned the eating of pies as a pagan form of pleasure, restoration leaders lifted the ban on pie in 1660.
6. 75 per cent of the British public enjoy eating pie at least once a month. 79 per cent of people are willing to pay more money for a homemade pie.
7. The most expensive pie sold for a staggering £8,195 which is £1,024 per slice to only 8 guests in 2005 at the Fence Gate Inn, Lancashire. The filling was wagyu fillet of beef with matsutake mushrooms a £4,000 of premium red wine." 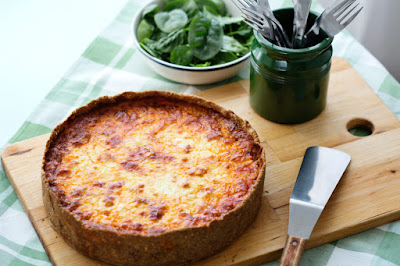 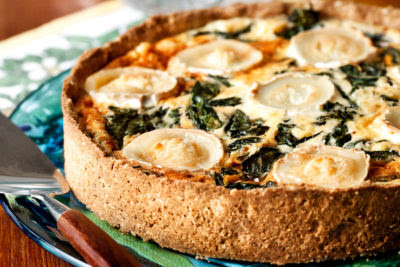 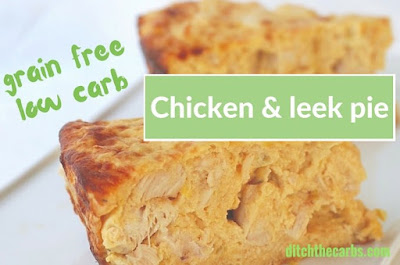 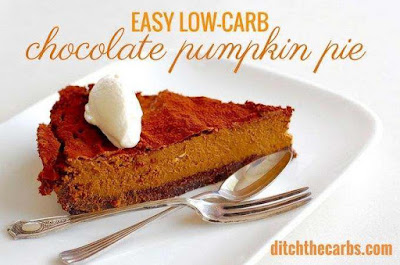 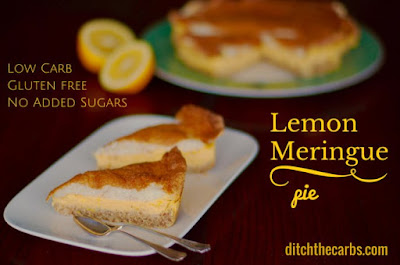 I hope you may enjoy a low carb pie soon ...

All the best Jan
Posted by Lowcarb team member at 11:56

That was very interesting information about pies!

Haven't had pie for a while, now I fancy the lemon meringue pie xx

A very interesting history of pies. Enjoy the day.

I never knew so much about the "humble" pie...thank you, Jan.
Your photos look good enough to eat :)

Well, I must confess that I missed pie day here in the USA :) I always enjoy a tasty slice of pie....especially my moms :)

Hubby's birthday is Thursday ---so I am trying to come up with something good (but healthy) for us to have as a special Birthday Dessert.... You always give such good options... Thanks.

Happy Pie Week! Thanks for sharing this wonderful collection of recipes!

fact #2 is funny!! i like chicken pot pie. the spinach and cheese sounds good!!! i enjoy food more than sweets!!

My goodness, those are very interesting facts and I've just enjoyed reading them out to the hubs who was equally as interested. Looks like great recipes too. Thanks Jan :)

Do you watch BAKE OFF? And if so, do you ever try to convert their formulas to fit your low-carb livin'?

Hi Ivy (The Happy Whisk)
Although hugely popular, Bake Off is not a programme Eddie and I watch.

There are many recipes around that can be made into lower carb versions ... and it can be fun to try. Not all turn out successfully but the fun is in the trying and if it is successful then it's a win!

BAKE OFF must be hard for you guys. I saw one where they tried to do without dairy and gluten but I was let down by that one. But I've been watching the show for years, before it really got as big as it now. Great fun.

What do you miss eating if anything, bake-wise?

Well Eddie always used to enjoy fish and chips ... he loved the batter.
However, there is super low carb fish and chip recipe, see this post here
http://thelowcarbdiabetic.blogspot.co.uk/2017/02/friday-is-looking-fabulous.html

With me I've always loved cheesecake ... now I eat them the low carb way like this one
http://thelowcarbdiabetic.blogspot.co.uk/2016/12/low-carb-cheesecake.html

There are some great cookery shows about ... we like watching Rick Stein, especially his 'Long Weekend' series
https://www.rickstein.com/rick-steins-long-weekends/

Read more about him here
https://en.wikipedia.org/wiki/Rick_Stein

Oh those looks so yummy. I may try the spinach and goat cheese one, thank you! The cheesecake looks drool worthy too...

Those are some cool things to know about pies, but I'm going to tell you...if someone put a pie in front of me with legs hanging out, I would be running in the other direction!! LOL My most favorite pies...Key Lime Pie and Chocolate!! YUM!!! :-) Love and hugs to you sweet friend!!

Thanks for adding a spinach and goat cheese one pie, glorious.

How appropriate, we're having steak pie tonight, and I didn't even know it was pie week. Mick would live on pies if I let him.

I'm not a low-carb person, but I 100 percent appreciate and support you in finding stuff that works for your bodies. It sounds like you've been able to replace your two top favorites. Most excellent.

Thanks so much Jan! Great post! I heard about vinegar pie today! I thought that was very interesting! Made from apple vinegar.

A week of pies, I dread to think what the scales would say after a week of eating those!
Some tasty ones suggested.
Have a good week Jan.
Lisa x