Type 3 Diabetes: The Alarming Link Between Alzheimer’s and Diet

"If you haven’t heard of it, type 3 diabetes is what many specialists are now calling Alzheimer’s disease.
The name covers the belief that Alzheimer’s results from insulin resistance of the brain.

Alzheimer’s is a cruel, degenerative condition that devastates millions of lives around the world.

And unfortunately, it’s only increasing in prevalence; as of 2016, 1 in 9 people over the age of 65 have Alzheimer’s.

Surprisingly, the number of individuals aged 65 and over with the condition is expected to triple by the year 2050.

This article takes a look at the metabolic theory of type 3 diabetes, and how we might be able to prevent (or potentially halt) the condition.

What is Type 3 Diabetes?
Type 3 diabetes—or Alzheimer’s disease—is a chronic condition in which brain neurons slowly degenerate and die.
As a result, we see progressive memory loss and rapid declines in cognitive ability.

I’ve personally seen the terrible effects of Alzheimer’s. As a young boy, I remember seeing my great grandfather hospitalized with late-stage Alzheimer’s.
And then from the start of my late teenage years, I saw my granddad—a strong, well-built man—slowly succumb to the disease.

Sadly, the condition can hit anyone.

Someone being physically fit or having an intelligent mind is not relevant; the disease doesn’t discriminate, and it takes no prisoners.

A Cruel Condition
Experiencing a slow deterioration, patients eventually lose the ability to interact with their environment, communicate, and even remember their family.
Ultimately, Alzheimer’s disease is fatal, and patients usually die from a resulting complication such as pneumonia.
Worse still, it’s not only the patient that suffers.
Alzheimer’s caregivers often have to spend all their time and money to look after their family member, and it’s a very emotionally and physically demanding job.

Key Point: Alzheimer’s Disease is a devastating condition that is rapidly increasing in prevalence. It slowly and progressively robs people of their ability to think, move, communicate, and live everyday life.

Why is Alzheimer’s ‘Type 3 Diabetes’?
There are three types of diabetes:
Type 1 diabetes occurs when the pancreas cannot produce insulin.

Type 3 diabetes is now being used to describe Alzheimer’s, due to the brain insulin resistance link. Generally speaking, diagnosis usually occurs in those over the age of 65, but the disease can develop over decades.

More and more researchers are saying that type 3 diabetes is one of the “diseases of civilization.”

This term refers to the fact that how we live our life can significantly impact our health.
For instance, our diet, exercise plan, and sleep can either dramatically increase or reduce our risk of diseases such as:
Alzheimer’s
Cancer (some types)
Cardiovascular Disease
Diabetes
Rheumatoid Arthritis
These ‘diseases of civilization’ are part of the metabolic syndrome, and glucose and insulin dysregulation profoundly influence all of them.

The Harms of the Modern Western Diet

For the most part, these problems stemming from glucose and insulin issues relate to the food we eat.
And unfortunately, the modern Western—perhaps global—diet revolves around industrially processed food.
In fact, a study analyzing consumer purchases shows that 77% of all grocery purchases are either moderately (16%) or highly (61%) processed.
These foodstuffs contain significant amounts of sugar and refined carbohydrates, leading to large spikes in blood sugar and insulin levels.
Over time, this can lead to worsening insulin resistance and eventually, metabolic disease.

Key Point: What causes Alzheimer’s disease? While there may not be a single answer, the modern Western diet likely plays a huge role.

The Alarming Link Between Type 3 Diabetes and Diet
there is a strong connection between type 3 diabetes and the food we eat.
But what, precisely, does the science say?

Can We Reverse Type 3 Diabetes With Diet?" 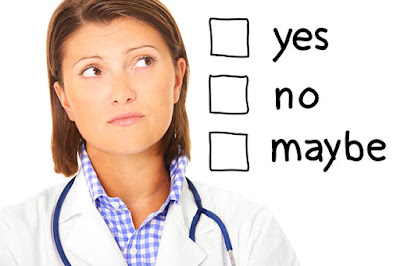 Please go and read more, find out more, all with relevant links here

All the best Jan
Posted by Lowcarb team member at 00:08

Hello, thanks for sharing this info on Alzheimer's. It would be great if it can be reversed.
Happy Friday, enjoy your weekend!

I've heard that if parents develop Alzheimers, the children are more likely to. I'm wondering now if that's because children often follow the same diets as the parents, just continuing on with what they learned to eat as children.
I'm thankful that neither of my parents had Alzheimers.

since this runs in my family I am always curious about anything to do with Alzheimer's. I am trying to go by that kind of a diet so I am hoping it helps my situation, thanks for the link too!

It's shocking how often diseases relate to the food we eat. I often wonder why the government allows certain food to even exist. "A chronic condition in which brain neurons slowly degenerate and die..." Sigh.

This is scary! Thank you for the great information!