Not all Cherubs are Angels !

This type of poster causes more forum trouble than any other. They trawl the net looking for any scrap of information that throws doubt on the lowcarb lifestyle. "Butter causes heart disease" and lowcarb diets will lead to a swift demise, are the favoured posts. Posting negative articles from the tabloid press, that cannot fail to kick up a storm. When not posting evocative links, they are doing there best to derail any post concerning lowcarbing and saturated fats. Defending the abysmal record of the NHS regarding diabetic outcomes is a pet project. When all hell breaks loose, and the lowcarbers are locked in battle with the "I love corn flakes and Celebration chocolates" and "saturated fat will kill ya" mob, they scream rape. The ever present clique will wade in and come to their assistance, bellowing for calm, while at the same time, pointing the finger of blame at the low carb stalwarts. It goes without saying, the anti lowcarb vultures are soon circling overhead. Fours years on, and the same four are at it.

To be fair, they do give those who are not slaves to carbohydrates, a chance to present the benefits of lowcarb on a daily basis. There can be no finer illustration of the perils of low calorie and low fat diets than Sid and Ken. Sid reminds me of the late and great Tommy Cooper, it takes real genius to be so far away from reality. What a weekend we have in store. Four days of the US Masters, a nice holiday break and the forum. I’d pay money to watch the forum on Sky and we get this entertainment for free. Get some good grub in and plenty of booze, this is gonna be a good one.

EDIT The thread lowcarbing and not losing weight has disappeared. An Admin decision or Kenny boys resident moderator friend ? Have the days of deletion, thread locking and post alteration returned to the forum ? Has a good debate been high jacked again ? 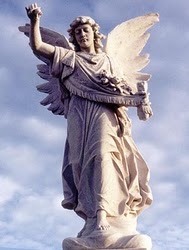 Is this the cliques last stand!

Probably not, but all straight thinking people can see exactly what they represent.

The continuance of a failed and deeply flawed dogma, that has lead to the countless early deaths of so many diabetics. They fool no one, other than the newly diagnosed and the confused.

What a shame these people spoil it for others.
Anne

This is taken from a evidence based link from phoenix;

"Carbohydrate intake may range between 45% and 60%
total energy. Grade C
– Metabolic characteristics suggest the most appropriate
intakes within this range for individuals with T1DM
and T2DM. Grade A"

How many Type 2s can handle 45% - 60% of carbs without having to resort to medications?, I doubt phoenix will be able to find many!


"There is no justification for the recommendation of
very low carbohydrate diets in persons with diabetes
(see recommendations on fat). Grade B
– Carbohydrate quantities, sources and distribution
throughout the day should be selected to facilitate
near-normal long-term glycaemic control (HbA1c-levels).
In those treated with insulin or oral hypoglycaemic
agents timing and dosage of the medication should
match quantity and nature of carbohydrate. Grade C"


Again how many Type 2s can attain near-normal long-term glycaemic control (HbA1c-levels)on 45-60% carbs without using meds? I have yet to see any on the many forums I visit.

One last thing why does phoenix consistently push the 45% to 60% carbs for Type 2s, she uses insulin and can cover these amounts
does she really think we can do the same on diet or diet + metformim? Pharmageddon is coming if you follow the advice from phoenix!

"some who go down the high fat route (lashings of cream and butter as one person used to say) don't lose the weight they want to."

On the other hand as one that uses "lashings of cream and butter"
I find even with a higher calorific input I can't gain weight, it's the carbs+fat that influence weight gain and loss, I'm not the only one to find this. No matter how much fat I consume my weight will hardly be affected.

Nullius in verba, no shit Sherlock!

The clique were getting a beating and probably sent Bonkers on a wrecking mission this morning. They have lost the argument. The antis opposition beat them hands down and will not stay silenced for long.

Typical of phoenix to slide in some out of date information. That info has been amended. The quoted carb numbers for diabetics were ridiculous. In the non diabetic world that sort of carb intake has caused the obesity epidemic we now see. When will these imbeciles realise a non insulin using diabetic would be in double BG numbers 24/7 on a high carb diet.

What are the antis objectives, to increase the number of diabetics with serious complications ? Or get everyone on Insulin and a pump.

The clique were getting a beating and probably sent Bonkers on a wrecking mission this morning.

I can assure you that nobody is pulling my strings.

And at least I have the balls to sign my comments, why dont you grow a pair and do likewise instead of hiding in the shadows?

I agree Sid re anonymous posters but it is understandable, especially for a Woman. There is also the intimidation the low carb antis would hand out on the forum. Forum names are anonymous to aren’t they. I like to post with my real name. I refuse to live in fear, and when I comment, people know who they are dealing with.

BTW any idea what happened to the missing lowcarb thread ? I hope the forum has not retuned to the woeful Kenny boy days. Don’t you just love all the lowcarb good news on the forum.

Liked the picture you posted with the carp, beat my best (12lb) by a very long way.

Have a nice Easter and the best of health to you and yours.