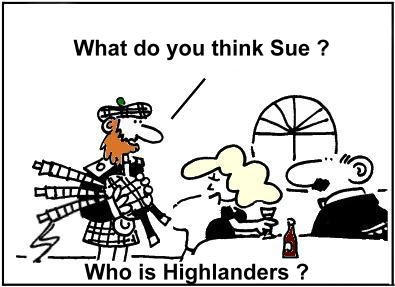 Posted by Lowcarb team member at 12:37

During our time in Singapore, the local TV had a British TV series entitled the "Highlander". The plot, such as it was, concerned a species of 'immortals' - they could only be killed by beheading by one of their own - at which point - a voice over -

"There can only be one"

"There can only be one"

He seems to have been banned from his own forum. Could he really be back at the big one ? Time will tell !

Daisy is keeping it going LOL.

He's the Kenster. No doubt about it. Wait for the blow up, he can't keep sane for long.