If you have never taken a pharma drug in your life, and know absolutely nothing about drugs, if you are middle aged or older you will have heard of Thalidomide. Not the largest big pharma disaster by any means, but certainly the most well known. I was staggered to read today the drug has been used again, and babies are being born without limbs because of this horror drug. I can only hope the poor souls, affected by this terrible drug, receive millions in compensation. Years ago when UK children were victims of this horror story, it took years to get some compensation, and the compensation was meagre.


"In the same 2005-2010 period, 5.8 million Thalidomide pills were distributed across Brazil. "We had about 100 cases in these six years similar to Thalidomide syndrome," says another of the research team, Dr Fernanda Vianna."

"A tragedy is occurring in Brazil... it is a syndrome which is completely avoidable," says Dr Lavinia Schuler-Faccini, a professor at the Universidade Federal do Rio Grande do Sul.But campaigners, doctors and leprosy sufferers say the drug is vital. They believe the benefits outweigh the risks." 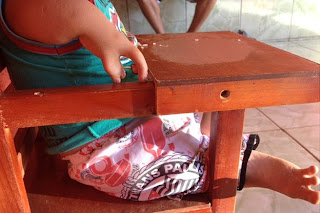 Victim of unbelievable stupidity and greed !


More on this horror story here.

This is a new low even by their standards..I've met people who grew up victims of that drug and always believed lessons had been learned..

I am horrified by this. I knew several thalidomide victims because I am of that generation.
I worked closely wih one young man
who had gained a first at Oxford and won playwright of the year competiion.despite his disability
He had oonly rudimentary arms.
His hands were at elbow level
I know all of them found the thought that it would not happen to anyone else comforting..
This is tragic news. Imagine the impact and the effect on poorer people in countries where no help is available?
it was difficult enough here..
I find this very upsetting.

This drug and others would never ever be used in a country where lawyers would seek and get multi million pounds?dollars in compensation for the victims, Increasingly, drug trials are being conducted in Africa, and other poor countries, because victims can sign an agreement, but often cannot read and corruption and bribery is the norm.

This is disgusting and should not have been allowed. 'They' know what this drug does. People are still used as 'guinea pigs' to try out drugs without them knowing how it can further damage them.
Kate.

This is a horrific story, thalidomide and it's dangers have been well discussed, documented. This should never have happened and I agree "A tragedy is occurring in Brazil..."

Greed is an evil thing.It is the poorer people suffering yet again, they do not have a voice, I do feel sorry for them it is upsetting.