Say what you like about Sid Bonkers, long time member of the forum of flog, diabetes.co.uk, he never fails to amuse. The experienced and well controlled diabetic members at the forum, know Sid as an absolute genius at getting threads locked and posts deleted on the forum. The big question is, is Sid a harmless old buffoon, or a menace to the diabetic community ? Sid is a very mercurial man, one day he is posting some useful information, he once posted a fantastic lowcarb recipe complete with a great picture, the next day he is spouting the biggest load of tosh that ever came up the pike. I have tried to fathom Sid out. What goes on in his head. Does the phase of the moon effect him more than most, does wind direction play a part, is he a complete nutter ?

Sid uses every opportunity to tell the world, lowcarbing is a restricted diet, and many people cannot keep with it in the long term. Yet Sid has the most restricted long term diet I have seen on the forum. He tells us breakfast is a splash of milk over 17 grams of cornflakes, please note I said 17 grams. He once came onto this blog to correct me when I stated he ate 16 grams of cornflakes. Sid likes to rubbish Gary Taubes books, but when asked what he did not like about the books, he said he had not read them, but had seen a Taubes video once. Yesterday Bonkers said this on the flog “And if someone does "opt" to take more medication and or eat a healthy balanced diet instead of low carbing is that now a crime?” read again, “eat a healthy balanced diet instead of low carbing” Now that is very subtle by Sid’s standard. Lowcarbing is not a healthy diet, this from a man that consumes around 1200 calories a day, with more than his fair share of junk. When he is in full flow, he is far less restrained. When Doctor Jay Wortman joined the forum, Sid was first in the queue putting the boot in and rejoiced when Jay was banned. A month or so ago he attacked another Doctor and promoter of lowcarb, who joined the forum, labelling the Doctor a troll. The Doctors credentials proved he/she was a Doctor, who sadly appears to have walked, as have other healthcare professionals.

Sid’s latest outburst, came after he read a line from long term forum member, and long term lowcarber Hana. Who stated  “In addition there's been a history of rubbishing the low carbers and opting for more medication” That’s completely true, Sid must know that, he has lead the vulture pack for around five years. Sid must also know for a typical type two diabetic, the more carbs consumed, the more medication needed to try to bring down blood glucose numbers. Sid must also know, over the years type two drugs considered wonder cures by some, have been banned for killing people. So Sid, if someone does "opt" to take more medication” and not lowcarb, that is not a crime, but the NHS stats tell us 93% of type one diabetics never get to a safe HbA1c number, and that is a tragedy. And the Sid’s of this world seem to want this grim situation to continue, for there is something else Sid must know very well. That almost all the success stories on the forum of flog and so many other forums, has come by lowcarbing and minimal diabetes medication.

Check out the Bonkers one here. 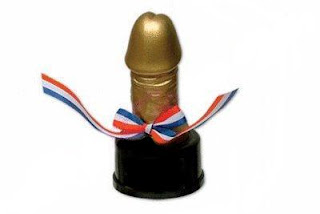 Posted by Lowcarb team member at 08:07

Bonkers survives because the forum owners know low carb will cost them in lost profit.

I'm happy for Sid if 1200 calories a day works for him BUT in my opinion that is totally a no-no for most or nearly all diabetics who are on the go and busy with life..I would be starving and emaciated on such a limited diet..I sympathise with his health troubles but why does he appear to just want to belittle peoples success just because he doesn't believe in our regimes that have transformed our control?

1200 calories is too low for me, my life is quite active and I need more. Steak tonight? Sounds good, although I have some nice looking pork chops waiting to be cooked.

I can't help feeling sorry for Sid . Yes I know... but he has had some of my posts deleted too.
Thing is he has a position to keep up now as Champion of the Antis,
It makes him feel important.
Pity because he does have a lot to contribute with his experience , which could help people. Instead, he feels obliged to strike a pose whenever the LC word is posted.
He can be very amusing and his experience of life can also be helpful.
He has admitted in the past that he "also " lowcarbs.
The fact is that his conrol via GI diet and small portions is just another way of lowcarbing. possibly the only really effective part,
I dont; think he realises he is otally confusing some newly diagnosed people who weren't as forunate as he was when he was diagnosed.
I often enjoy Sid's posts when he is not attacking what he sees as
heresy.
After alll , as is often said , the concept of restricting carbs in diabetes is just the same as resricting gluten in coeliac disease.
Itas a pity for Sid and his audience that he can't leave the past in the past.I supppose he feels that would be disloyal to his old friends, Shame.

If I thought Sid was a complete idiot or a fool, I would cut him some slack, but he not. As you say he could be a power for good, but he loves to play the chump, and this confuses the confused and newly diagnosed.