Sorry folks, yet another comment on the flog. Below is a screenshot emailed to me an hour or so ago, ya gotta larf. Swiftly deleted, of course. Shanes shit stands, just thread locked. Talking of larfs, I see the world class buffoon, the one and only Shame  err Shane is back trying to flog high carb biscuits to the members, as Thommo said at 66 grams of carb per 100 grams he is gonna pass. Shame has had an inspired idea, he is gonna eat them with some low fat cheese and ham.

Looks like DCUK are desperate for anyone with a pulse that can post. Bring on the trolls, the liars, the idiots, the spreaders of information, all this and so many highly knowledgeable people banned, or walked. And the banned are in good company, just ask Dr. Jay Wortman.

What larks as Dillinger would say. 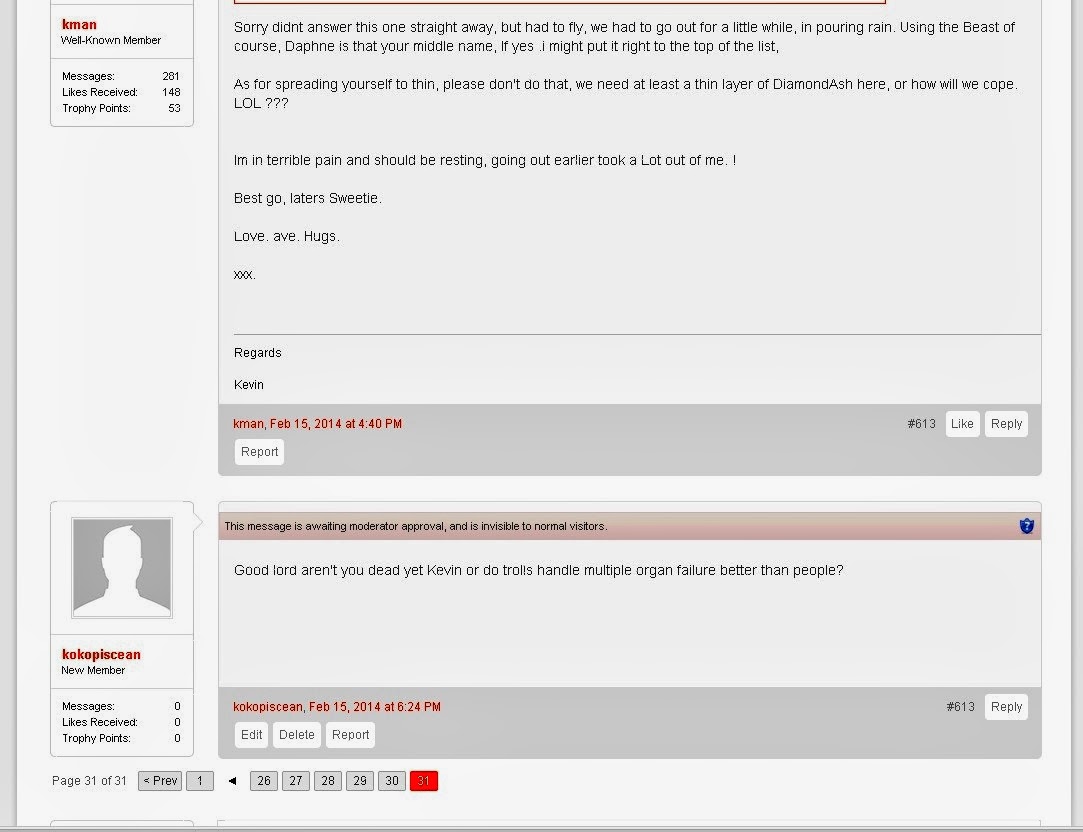 Posted by Lowcarb team member at 20:13

Great name if a tad derivitive ...