Wrong. People with Type 1 and Type 2 diabetes don’t require snacks, and anything eaten between meals should contain as few carbohydrates as possible.
I recently joined Pinterest and came across  this link as I was looking  for images to pin to my “Healthy Low Carb Board”:  10 Low-Carb Snack Ideas for People with Diabetes.  Looking at the list of foods had me scratching my head. These snacks are low carb? Then I read this:

‘If you need a pick-me-up between meals, a snack with 15-20 grams of carbohydrate is often the answer. For someone with diabetes, it’s important to eat a fiber-filled and nutrient-rich snack to curb the appetite before the next meal,’ says Angela Ginn-Meadow, a registered dietitian and a spokesperson for the American Dietetic Association .”

So the person who wrote this article is not an RD but obtained information on snacks for PWDs from a dietitian and spokesperson for the AND (Academy of Nutrition and Dietetics).
As a diabetes educator, the suggestions in this article bother me on a number of levels. First of all, why are we still promoting snacks to people with diabetes? In the days of insulin peaking in the middle of the night and causing overnight lows this was  understandable, but most people are on modern insulins that do not cause this problem.  I know that many dietitians and nutritionists recommend eating every 3-4 hours, but I strongly disagree with that strategy.  First of all, I find that people generally end up eating more if they are snacking or grazing.  If someone eats 2-3 meals a day containing adequate protein and fat, there is no need to snack in between.  Snacks with 15-20 grams of carbohydrate can hardly be called “low carb.” I consider an item with less than 5 grams of carb, preferably less, to be low carb.
There are a number of reasons to avoid carb-containing snacks in people with all types of diabetes. For T2s with insulin resistance, eating carbs between meals causes a rise in blood sugar, resulting in the pancreas needing to produce more insulin, perpetuating hyperinsulinemia and promoting weight gain. Blood sugar is expected to rise after eating; the extent to which it does depends largely on the amount of carbohydrate consumed. Fasting/premeal blood sugar targets differ slightly between the American Diabetes Association (80-130) and American Association of Endocrinologists  (80-110), but the idea is for blood sugar to return to a healthier lower level by the time the next meal comes around. By eating snacks containing more than a minimal amount of carbs, the likelihood of meeting this goal is significantly reduced, and the person ends up well over the target range for most of the day. Snacking on carbs between meals is an equally terrible suggestion for  people with T1 diabetes and people with T2 on mealtime insulin. Bolusing insulin to cover snack carbs places a T1 at risk for hypoglycemia due to stacking doses from the previous and subsequent meal, and foregoing the insulin is certain to spike blood sugar to extremely high levels.
In my opinion, the only time someone with diabetes should eat carbs in between meals is to treat hypoglycemia, universally defined as blood glucose less than 70. In that case, the treatment is 10-15 grams of rapid-acting carbs, preferably glucose tablets or gel (alternatively 4 oz juice, soda, etc). The snacks in the list above contain some fiber, which would delay recovery and  therefore would not be a good choice.
Although I think carbohydrate restriction is the ideal way to manage diabetes, I know not every person wants to adopt it, and I respect a person’s right to make that decision. However, I think promoting “balanced” snacks containing carbs to PWDs is terribly misguided. If truly hungry between meals, a hard-boiled egg, piece of cheese, or a few nuts makes much more sense in terms of maintaining stable blood sugar levels, satiety, and decreasing potential for weight gain. 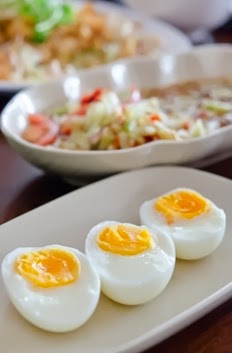 If you are a fat adapted diabetic, then you should not need snacks. My type 1 son can miss breakfast and not have hypoglycemia, even if his first meal of the day is lunch. I rarely eat breakfast myself. It is sometimes known as "intermittent fasting". Your healthy liver should be able to provide you will enough glucose until your next meal. I do wish dietitians actually understood diabetes!

I wish people on DCUK would stop asking about snacks.
If they ate proper meals instead of crap then they wouldn't need them.

The recently diagnosed should get advice about why they seem to always need snacks. It is a bad habit that needs breaking just as much as people who reckon they are addicted to chocolate. It suits them to call it an addiction rather than a bad habit. Some of them would do better using a baby's dummy than keep on eating for eating's sake.

Thank goodness for the good guys like Franziska.
She must feel she is fighting a losing battle at times- we all know that feeling don't we?

"Thank goodness for the good guys like Franziska.
She must feel she is fighting a losing battle at times- we all know that feeling don't we?"

I agree-it does feel like a losing battle at times but one that I believe is winnable ultimately with all the good guys like Franziska,Dr Kendrick,Dr Briffa,Jimmy Moore and countless others on blogs etc who put their heads above the parapet and spread the good news message.
I also found it warming to see Southport GP back posting on the forum the other day and that he hadn't been deterred from posting again after his negative experience last year-I'm looking forward to more of his posts and I'm sure other are too.

If you eat correctly do any of us need snacks? When growing up snacks for me were not a regular occurrence, we ate what mother had prepared.

These days do mothers prepare enough of the family meals or are family meals a breakfast bar, lunch a packet of crisps, dinner MacDonalds. Some not all families need more education to guide them to better eating. But of course some, not all, HCP's, Dieticians, Doctors etc need and require more guidance.

Reading the forums, blogs, newspaper articles there is such a variant in advice, those with less education or without the commitment to want to know more are going to lose out.