Nothing comes close to a Mothers love for her child !

One of our friends called Lisa runs a blog called The Diabetic Alien linked below and in our sidebar. She has a type one diabetic son. He is one of the rare type one diabetics who runs non diabetic blood glucose numbers. In the UK Government published, audited National Health Service statistics, tell us year after year, around 93% of type one diabetics fail to get to HbA1c of 6.5. Unfortunately, 6.5 is not a particularly good number. It is around 50% higher than a healthy non diabetic. 6.5 is not an HbA1c number I would be happy with, and I am 65 years of age this year.

It seems logical to me, the longer a diabetic runs elevated BG numbers, the greater the chance of diabetic complications. Thus by extension, the younger a person is at diagnosis, the greater the effort must be made, to keep BG numbers in the non diabetic normal range, and the greater the odds for living a long, active and complication free life. As Lisa says in her post, it can be an uphill struggle at times, explaining the importance of her sons dietary lifestyle to friends and family. This is understandable, these people are lay people and not medical professionals. The terrible irony, is the fact that so many medics and dietitians, do not get it either, it is the same with the majority of diabetics. Hence diabetes being the leading cause of non trauma amputations, the leading cause of working age peoples blindness, and the leading cause of kidney failure in the UK. Lisa is giving her son the very best chance to avoid the aforementioned misery, and live a long active life, how long will it be before every diabetic has the same ?

Below is part of Lisa’s post, check out the full post here. I have included a meal she posted, and boy was that ever Jan's and my sort of grub.

"The irony is, virtually every member of our family has a serious health disorder which I can attribute to eating wheat and other high carb foods. Couple that with margarine, canola oil and low fat dairy and you have the perfect storm for chronic modern health diseases. Here are some examples of health problems in our family:

Alzheimer's disease - caused by high carb low fat diet resulting in hyperglycemia and insulin resistance of the brain. Add in long term statin usage, and you have Alzheimer's. That's right , your brain is made from cholesterol and statins cripple cholesterol production. Cholesterol does not cause heart disease - it is caused by glycated and oxidized SMALL LDL particles as a result of a high carb diet. And chronic inflammation which is also caused by high carb/ high insulin diet. High insulin diet also triggers the sympathetic nervous system which causes arterial constriction plus many, many other systemic problems which contribute to heart disease. Yep, 20 odd years of statins gobbles up your brain. The brain needs fat.Blood Clot - also caused by high carb/high insulin diet which causes the endothelial cells in blood vessels to proliferate leading to easier blood clot formation and platelet adhesiveness.Chronic debilitating migraines - caused by gluten and high carb ( high inflammatory) diet.Chronic debilitating anxiety/agrophobia/social phobia - gluten causes brain inflammation. Gliadin from wheat binds with the opiate receptors in the brain.Thyroid disease - wheat gliadin causes small intestines to become permeable allowing toxins and undigested proteins into the blood stream , initiating the auto immune response.Obesity - enough said.Osteoporosis - high carb diet and wheatScleroderma - auto immune disease - wheat gliadin again. Extreme low fat vegan diet and extreme exercise does not help the immune system either.Chronic heart burn - wheat glutenAsperger's syndrome - symptoms are compounded by glutenType 2 diabetes - CARBS!! Apparently, a fasting blood of 7 mmol is a good result, so no need to stop eating rice, noodles, bread and chips. Of course, diabetics can eat whatever they want! So stupid of me for suggesting otherwise! My friend's father had type 2 diabetes, but was never advised to alter his high carb diet. Consequently, he developed kidney failure. He then developed a disgusting foot ulcer and had to have his leg amputated. Two weeks later he was dead. So keep on eating those healthy wholegrains people. Cancer - feeds on glucoseLow immune system - vitamin C phagocytes bacteria and viruses, but it has a similar molecular structure to glucose. If blood glucose is high, then glucose and vitamin C compete for entry into cells. Glucose will always be granted access first, because it is toxic in the blood stream in high quantities. So, the vitamin C cannot enter the cells which leads to higher rates of contagious illnesses, such as the common cold. So all the vitamin C tablets they take in conjunction with a high carb diet is a waste of money!So, as you can see, the high carb/low fat diet has done wonders for our family's health!

We have begged our family members to eat as we do, but it is met with apathy or mocking. Consequently, we must listen to an endless stream of whinging and complaining about how much pain they are in and how much medication they must take. go figure." 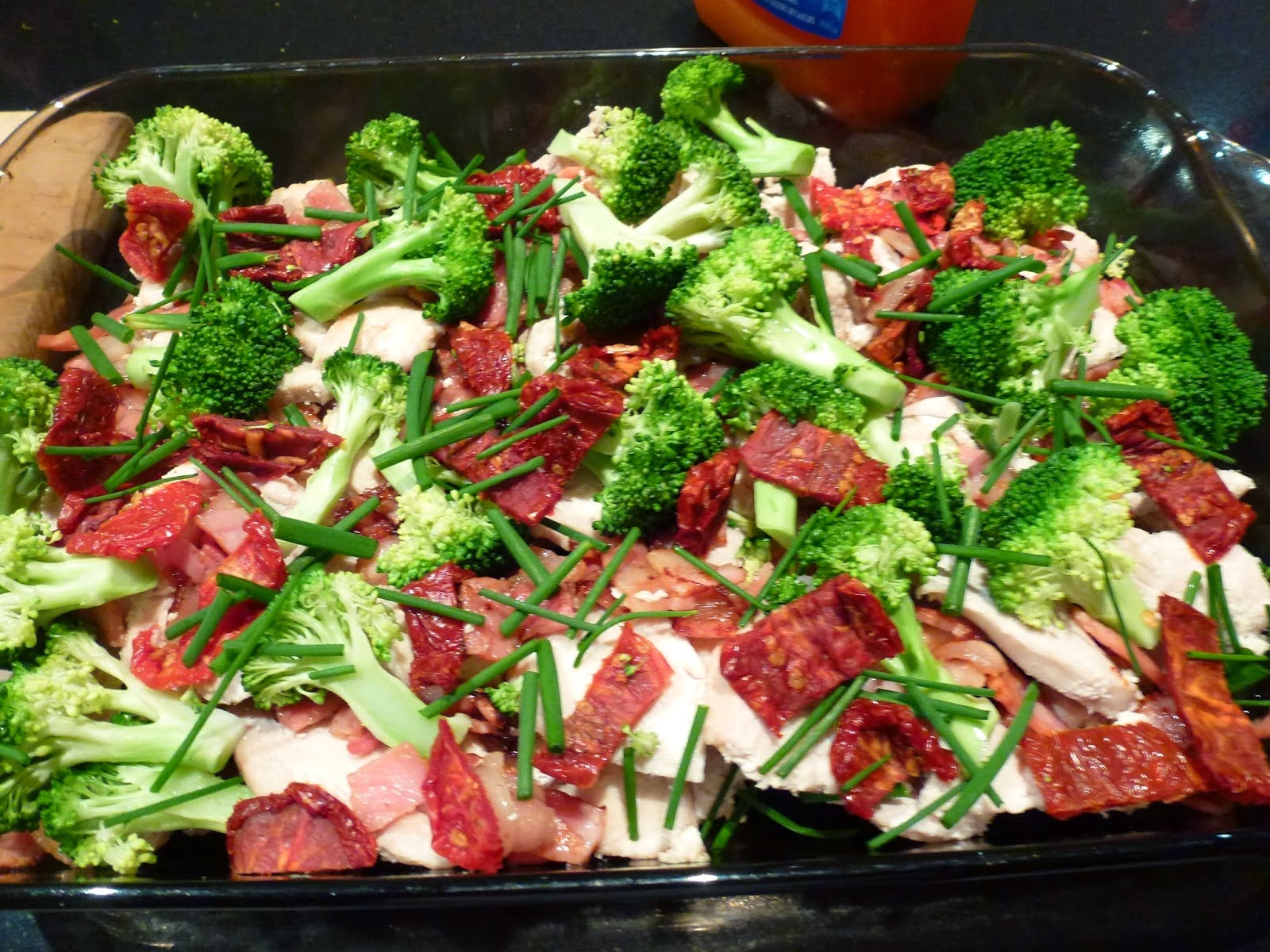 Posted by Lowcarb team member at 12:35

The mother in-low of that lady is just total idiot. I understand some people can't get the connection between modern food and most modern deceases, but trying to feed a diabetic child crackers when asked in advance not to is plain stupid.

So absolutely no evidence provided - it is only what Lisa thinks!

"So absolutely no evidence provided - it is only what Lisa thinks!"

I can sink a ship with the evidence that backs Lisa's post and will start posting it up tomorrow.

Lisa's son is fortunate. She is a caring mother and has researched the subject for the love of her offspring. More should do this and not just accept the medical profession know best, they do get it wrong sometimes.

Several people I know who got D1 got diagnosed after having a long-lasting nasty flu. Since I speculate a lot about why and how people got sick, my speculation - their immune system went into an overdrive. My experience - limitation of carbohydrates improves immunity, many LCarbers report of stopping catching seasonal colds. I am not for putting all children on a LC diet, but for changing a feeding protocol for a person fighting infection. Many people treat sick children more with sweet food during illness because they don't want to eat, and parents feel that something is better than nothing. I suggest finding ways to feed a sick person with mostly eggs, butter, especially broths and soups, and avoid such things as orange juice, soda and a lot of honey. It is better to give a citrus fruit. If you want your sick family member to drink more fluid - give him/her a straw, you can also use straw for broths and pureed soups.

Fact, I think, any virus can and does have an effect on the bodies auto-immune system. Feeding the body properly, which means less carbohydrates, more real food can only be good.

Some years ago in hospitals and convelesense homes patients were given broths or soups made in kitchens with real food and not the packaged convenience foods of today.

Lisa you do fantastically well, you have and continue to give your son a wonderful life.He is active with his rowing and you should be proud of yourself and him, I'm sure you are.

As always the low carb high fat lifestyle has bought varying styles of comments. What is good is if just one reader (or more) goes away and thinks about what they eat, how lifestyle, health can be improved then we've passed on something worthwhile. That is my thoughts and I know many agree.

So thanks to all who take time to comment, to share their ideas and experiences. It is only by talking, reading and exchanging these can we move on and hopefully help others.

Hi Party Pooper. I have boxes and boxes of research regarding diet and type 1 diabetes and the relationship between diet and modern chronic disease. Since my child was diagnosed I have researched every single day. I have some very valuable books which I credit for saving my son's life. I am also a qualified healthcare professional, so I also know a thing or two about human physiology, medical science, neuroscience, pharmacology and biochemistry from my university education. Even if it was "only what Lisa thinks" I have all the evidence I need from the thousands of blood glucose tests my son has endured which are always in the non diabetic range if he has eaten my cooking. He is the ONLY patient in his clinic who has ever achieved non diabetic HbA1c and blood lipid profiles. This has been achieved by questioning mainstream advice and implementing my own management regime. I must be doing something right.