We certainly don’t need potatoes in our house, we are more than happy to have buttery mashed swede or delicious celeriac or cauliflower in it‘s place.

We make the low carb version of shepherds pie, substituting mashed cauliflower for the potato. 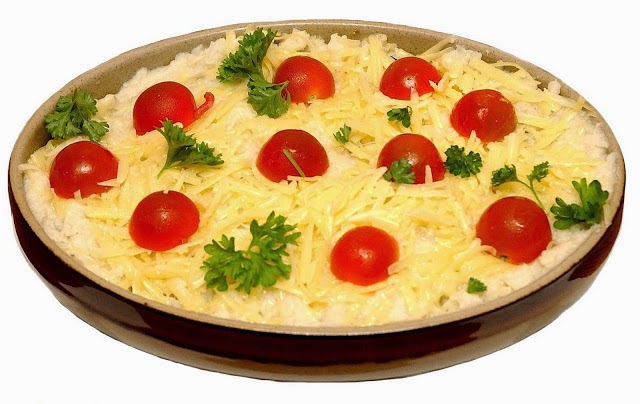 However, looking around the inter-net I came across this recipe, and article, from Dana Carpender. It’s for Corned Beef Hash …which may or may not be your favourite meal…but I thought it one to share.

(Thanks Dana couldn’t have put it better myself !)

“Like so many people, I cooked corned beef and cabbage on St. Patrick's Day. Who cares that it's not even a tiny bit authentically Irish? We love it. Being low carb and all, I used turnips instead of potatoes. Turnips have a very long history in Europe, certainly predating the South American potato. I peeled 4-5 turnips and cut them in wedges and put them in my big slow cooker. I chunked a couple of ribs of celery and half an onion, and threw them in, too. Put the corned beef on top, added water to cover, and sprinkled the contents of the spice packet over the corned beef. I was starting late, so I gave it 2 hours on high, then turned it down to low for another 4 or so. (1 hour on high is the rough equivalent of 2 on low.)

Then I coarsely chopped a quarter-head of cabbage (it was a big head), scooped out the corned beef and veggies and put 'em on a plate. Cranked the pot to high, threw in the cabbage, and gave it 30 minutes. Put everything back in at the last minute, just to warm it up, then served it forth with mustard and horseradish, plus plenty of butter for the vegetables. And a fine and filling supper it was.

This morning, I diced up the remainder of the corned beef, and most of the leftover vegetables -- I wanted just a slightly greater volume of vegetables to beef. I also diced the other half of the onion from Monday night. Melted a few tablespoons of good local butter in my big heavy skillet, and threw everything in. After that, it was just a matter of stirring it together and spreading it out, then turning it all and breaking it up a bit further with my spatula as it cooked. I turned it every 5-7 minutes or so, adding more butter as needed -- I probably used 1/3 cup or so, all told -- until everything was nicely browned.

Served it with a couple of fried eggs on top. Fabulous. I need to cook corned beef more often!”
Dana Carpender Blog and link to article is here http://holdthetoast.com/content/corned-beef-hash-potatoes-we-dont-need-no-stinking-potatoes

All the best Jan
Posted by Lowcarb team member at 18:31

I love carrot & swede mash. I honestly think it tastes better than mashed potato ! Try it peeps ! Garlic bread is not the future, this is ! I've seen it :-)
Mo

I put lots of butter to my cooked swede and the taste is much better than potatoe.